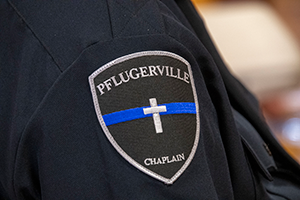 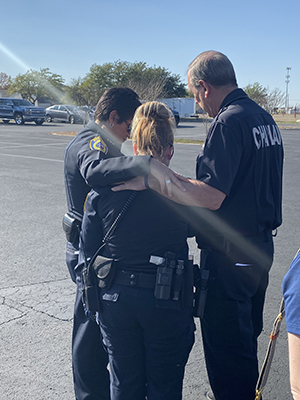 Mike Northen first started in the Gospel Ministry in 1970. He earned a Master of Religious Education from Southwestern Baptist Theological Seminary in Ft. Worth. He has served in several churches in Texas, Oklahoma, Missouri and California in several different staff minister positions including Music, Youth, Recreation, Education, Outreach, Missions and Administration. Mike has served as the Pastor of Education and Administration at First Baptist Church of Pflugerville since 1998. He is also actively involved as a leader in Disaster Relief of the Southern Baptist of Texas State Convention. Mike has been married to his wife, Sallie for since 1977. They have two grown children that live in the Pflugerville area.

He has been a Chaplain for the Pflugerville Police Department since March 2018. 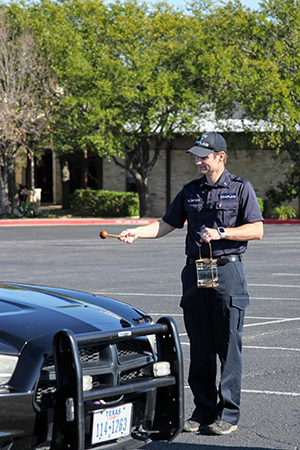 Rev. David Peters, D.Min., served as an enlisted Marine and Army chaplain, deploying to Iraq in 2005.  He is the author of two books about war and the spiritual trials of homecoming, DEATH LETTER and POST-TRAUMATIC GOD. Currently he is the Vicar at St. Joan of Arc Episcopal Church in Pflugerville. David has three sons and is married to Sarah Bancroft, an art historian and museum curator.

He has been a Chaplain for the Pflugerville Police